Comedian, late night TV host and king of Carpool Karaoke, James Corden, has upgraded his wrist-wear to an AP in his most recent episode which see’s him hitting the streets with Britney Spears.

James Corden is regularly accompanied by the who’s who of Hollywood as he drives and sings his way to work, but has never had the wrist wear to suit. In fact the only other watch he’s sported of recent was the Apple Watch. In a significant change of pace, James is seen here with an Audemars Piguet as he drives Britney Spears around the streets of Hollywood. 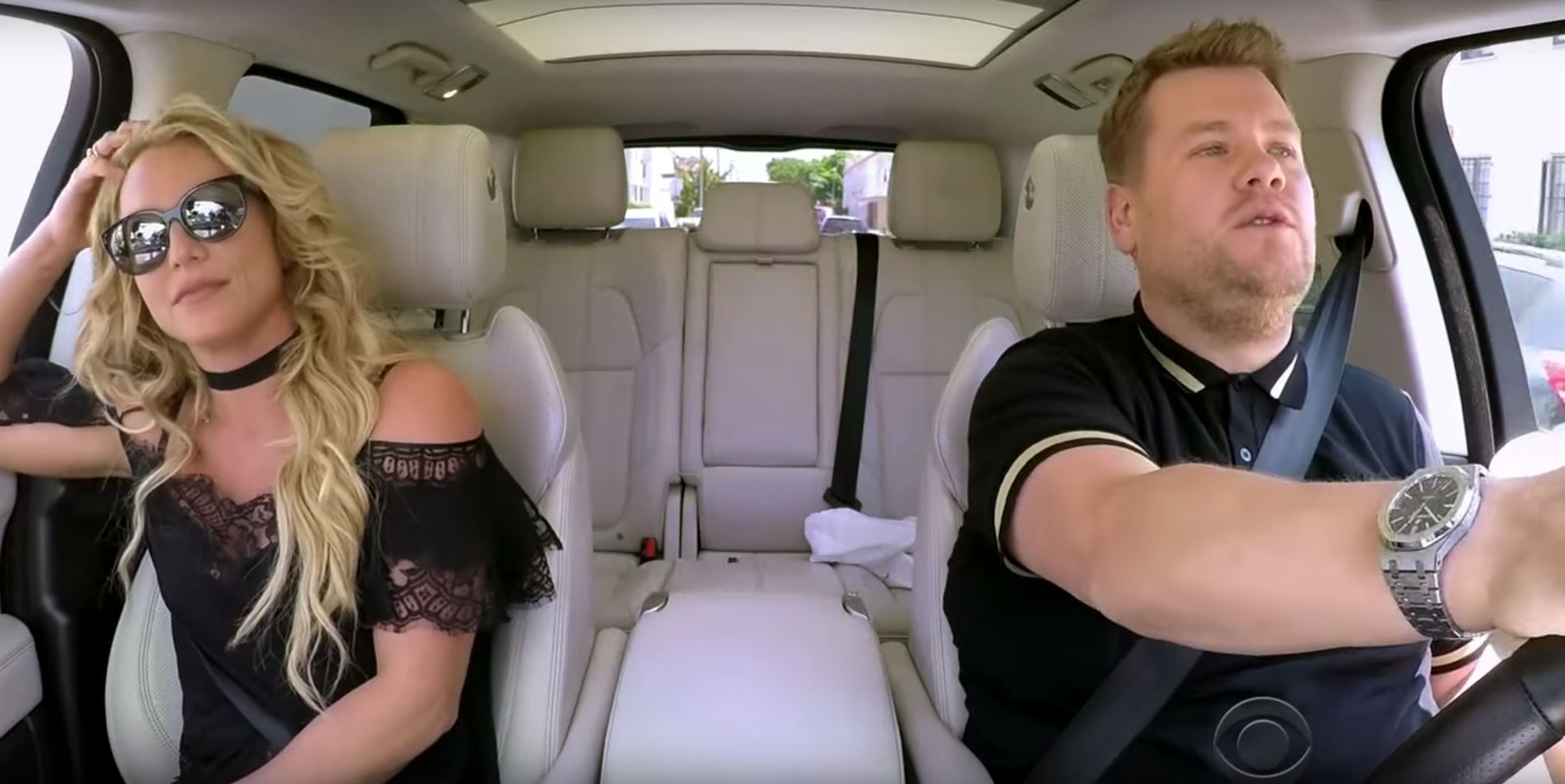 Thanks to James’ eccentric dance moves, it was easy to get a few good glimpses of the AP which Twentytwoten.com identify as a Audemars Piguet Royal Oak 15400. This piece, depending on the model, retails for around USD$17,800. This Royal Oak features a stainless steel case and bracelet with white-gold hour markers.

The Royal Oak’s polarizing, yet undeniably iconic, octagonal face was actually designed in just one day by a man named Gérald Genta. Audemars Piguet first released the Royal Oak at the Swiss Watch Show (now known as BaselWorld) in 1972 and has since seen enormous success for the piece with a bracelet integrated into the case. The Audemars Piguet Royal Oak is a favorite in Hollywood, seen on the wrists of everyone from Sen. Arnold Schwarzenegger to Jay-Z to Novak Djokovic.