How did the Omega Speedmaster become the Moonwatch? The crowning of the Moonwatch started with a “Suggested List of Manufacturers” and a “Statement of Specification” coordinated by NASA astronaut Donald K. “Deke” Slayton and NASA engineer James H. Ragan. A specification was released by Ragan, then a young engineer at NASA, and Slayton, the Chief of Astronaut Office division, to 10 watch manufacturers whom they believed could provide a watch to meet their requirements. “It was so nebulous that people couldn’t tell what we were going to do with them” Ragan says.

An extract from the September 21, 1964 memorandum which contains a “Suggested List of Manufacturers” was provided to the Procurement and Contracts Division of NASA, requesting a standard chronograph for all NASA astronauts.

The memorandum continues with a “Statement of Specifications”: 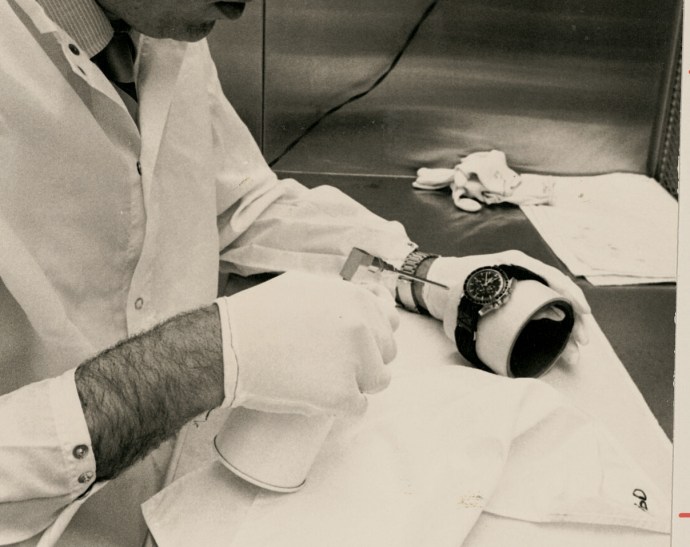 Out of the 10 manufacturers to receive the request, only 4 submit a watch for NASA consideration. The Longines 235T, the Rolex Cosmograph, a Hamilton and the Omega Speedmaster Professional are all received. The Hamilton was discounted prior to testing as it was not a wrist mounted piece.

The first qualification program for the NASA watches was conducted  in 1965. To be “flight-qualified by NASA for all manned space missions”, a wrist chronograph must pass all of the following tests numerous times without failure of any kind:

In a NASA memorandum dated March 1, 1965 the results of its extensive testing was concluded with the following major discrepancies found:

On June 1st, 1965 the Omega Speedmaster Professional (Ref. 105.003) received the official NASA certifical for use during manned space missions.