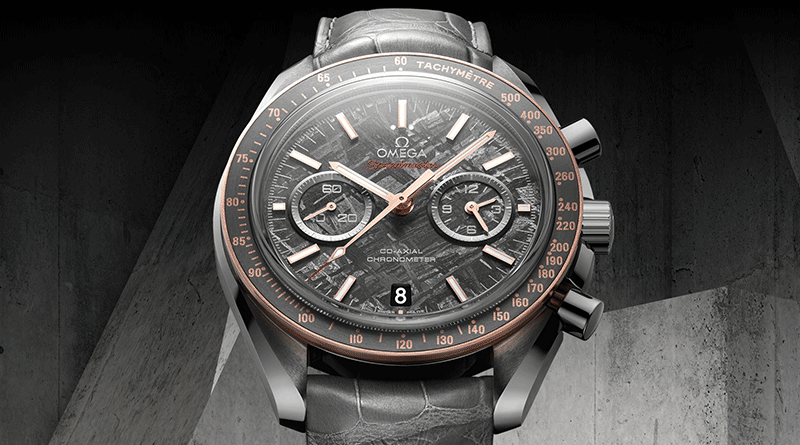 Looking for something a bit different? Thought about Meteorites? That’s right, those 4.5 billion year old projectiles flying around space that occasionally become terrestrial. You’re in luck – here are three amazing watches that incorporate this unique material into their design.

This seems like maybe an obvious place to start when talking about both watches and space, but perhaps none more fitting. The Omega Speedmaster Grey Side of the Moon “Meteorite” combines a watch famed for being the first watch on the moon and a piece of space that you can wear on your wrist. Why didn’t they think of this sooner? 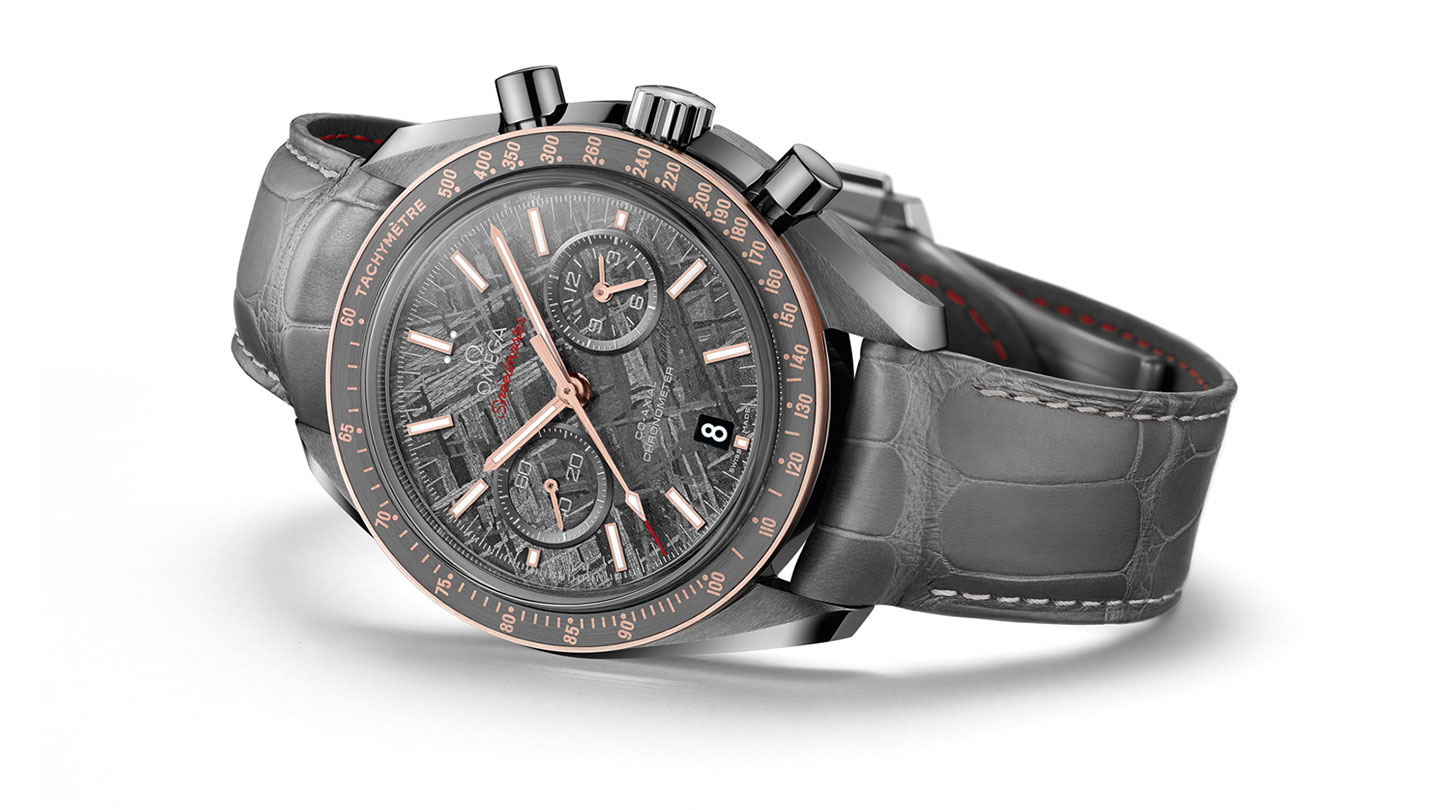 This meteorite used for this pieces dial is sourced from the Gibeon meteorite which weighs in at 26,000 kg and with carbon dating is aged at 4 Billion years old. This meteorite crash-landed on earth in Namibia (click here for exact location) in prehistoric times, but was originally found in 1838. 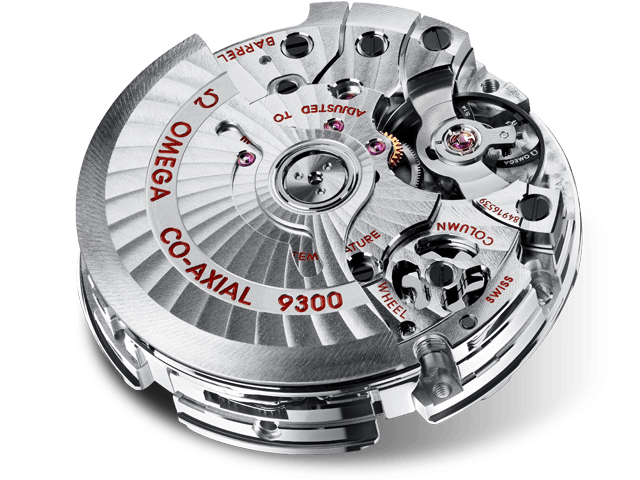 Th dial features small seconds at 9 o’clock, 12-hour recorder at 3 o’clock and a date window carved in at 6 o’clock. The stunning and legible tachymeter scale comprises of an Omega propriety Ceragold™ with a bezel ring made of a dark silicon nitride. The 44mm grey ceramic case houses the already proven Co-Axial caliber 9300 movement found in other Speedmasters. With Super-LumiNova in the hour markers, hands (incl. chronograph hands) and bezel, this piece will still be functional on the dark side of the moon.  This piece is priced at CHF 13,000 (around CHF 2,500 more than the original Grey Side of the Moon)

In what is maybe a more surprising material choice for the classically elegant and more conservative company, Jaeger-LeCoutre in 2015 released two editions of the Master Calendar Meteorite; one in 18k pink gold case (ref. 1552540) and the other in steel (ref. 1558421). Although JLC have not listed which meteorite they source their materials from, the information they do provide would suggest it is the Muonionalusta Octahedrite Meteorite which fell in Sweden approximately 800,000 years ago. As with all meteorite dials, each piece will be unique. The crystalline structure forming over billions of years of heating and cooling is beautiful, unique and surprising functional as a watch dial.

The 39mm case houses the Jaeger-LeCoutre 866/1 automatic movement featuring a 40-hour power reserve. With a moon-phase indicator and crescent moon indicating the date around the chapter ring, this piece too calls to the extra-terrestrial.

I’m not quite sure how much a meteorite (or pieces thereof) costs, but typically when found in watches they command unapproachable prices for most. Except with this watch; the surprisingly affordable and impressive Zelos Hammerhead with an RRP of $629 USD. 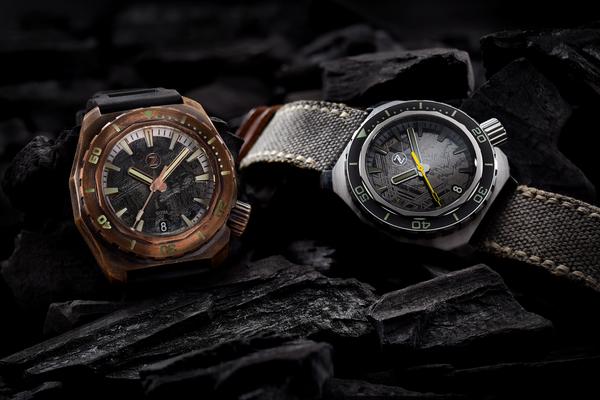 The 44mm divers style case features a crown at 4 O’clock – similar to other popular divers like the Seiko SKX range or many of the Citizen Promaster Diver range. You’ll get a 120 click unidirectional ceramic bezel with a hardness of ~1500 Vickers (by comparison, regular carbon steel is usually around 150 Vickers).

This micro-brand has opted to utilize the tried and tested Seiko NH35 automatic movement. Being a divers watch, you won’t be disappointed by the stated water resistance of 1000m. This is a real value-prop for those looking for a robust and unique divers watch.

Zelos released the watch with a self-executed crowd-funding style pre-order on their website which at time of publishing has exceeded its goal and reached $288,031 worth of pre-orders. The material for the Hammerheads meteorite dial is sourced from the Muonionalusta Octahedrite meteorite, which is the same as the what JLC are suspected to us. Hopefully there is enough meteorite left for all of us.